29 countries around the world where gay marriage is legal

It is no longer news that men and women can go on dating or even marry the same sex;

this dating and marriage trajectory has become the new normal worldwide. Although there have been views and philosophies regarding same-sex marriage and why it should be abolished totally in our society, some countries have given legal backing. Everyone has the right to getting married, and there should be no restrictions concerning a person's choice of partner.

The Netherlands first approved marriage between the same genders on April 1, 2001. Human rights activists and civil organizations are championing same-sex marriage across the world.

They believe that it is a social, political, and cultural right to those that want to practice it. And as such, it should not be hindered or criminalized.

If you look forward to going to a country where same-sex marriage has legal backing by their government, we will outline the twenty-nine of the countries below: 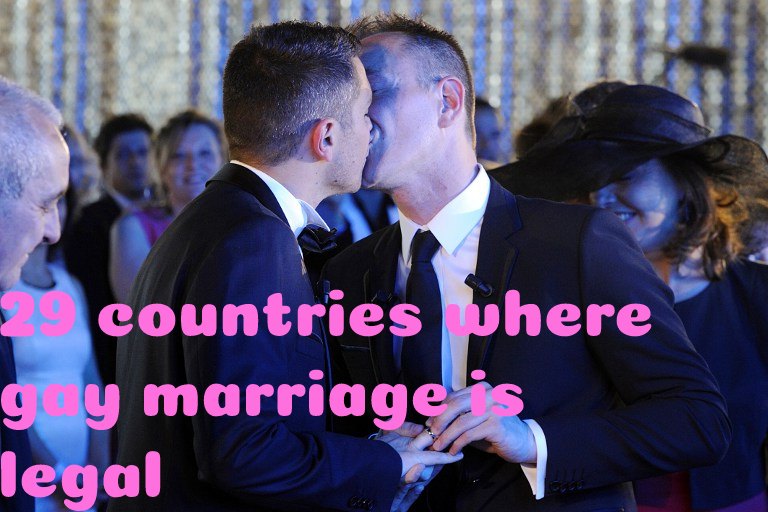 On July 22, 2010, same-sex dating and marriage became legal in Argentina after successfully passing into law. The deputies' chamber first initiated the bill on same-sex marriage on May 5, 2010, and the Senate also passed it again on July 15 of that same year. However, the bill was assented to by their president Cristina Fernadez de Kirchner on July 21, 2010, giving it a constitutional legal backing that took effect the following day. Argentina was the first country in Latin American countries and the second American Country to adopt same-sex marriage. In the same vein, it was the tenth country in the world to adopt it.

Belgium legalized same-sex marriage on June 1, 2003. TheSenatee passed the first bill to legalize it on November 28, 2002, and by the representatives' chamber on January 30, 2003. The effectiveness of the law started on June 1 after the ruling king Albert gave his consent. Behind the Netherlands, Belgium became the second country in the world to legalize it.

Same-sex marriage became well legalized in Brazil on May 16, 2013, following a ruling from the National Justice Council. There are different same-sex unions and organizations recognized legally in Brazil.

Same-sex marriage was legally adopted on May 26, 2020, as a result of their Supreme court ruling.

Finland adopted such relationships on March 1, 2017

Same-sex dating and marriage became legal on May 18, 2013

Iceland legalized these relationships on June 27, 2010

Such relationships became legal on November 16, 2015

Same-sex dating and marriage depends on the state in Mexico because there is no general national Legalization.

Same-sex marriage was legalized on August 19, 2013

Same-sex marriage was adopted on January 1, 2009

It became legal all over the Nation in the year 2015